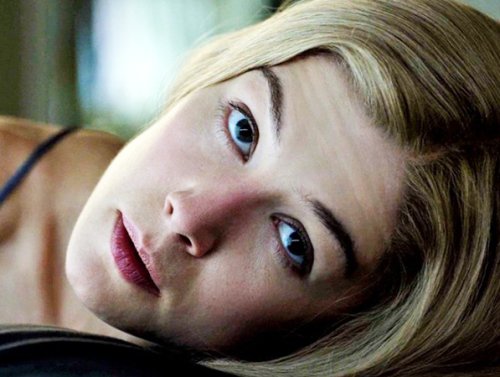 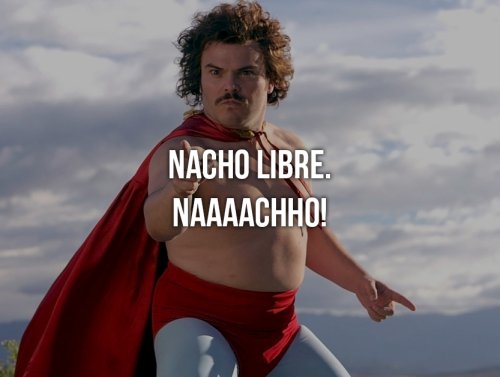 It’s hard to believe that the original Scream came out over 25 years ago. For context, only 22 years had passed between the release of Black Christmas, arguably the first slasher film, and Scream, which built extensively on Black Christmas’ genre. The latest film, Scream (2022), is currently in theatres and has a massive legacy to contend with. So, where does it land in the franchise? Below, we offer our Scream movie ranking, including all five films.

An important note here is that while some Scream movies are better than others, it’s an incredibly reliable franchise. There are no bad Scream movies, and the latest installment is no exception. Read on for how they stack up against each other, and where you can currently stream each title.

Scream 3 hasn’t gotten a lot of love over the years. That’s a shame because it has a lot going for it. It lacks an iconic opening kill, and it gets a little overinvested in its own world-building and fictional history, making it lose a few points in the Scream movie rankings. Still, it’s very much in the game and pulling its weight as an essential entry.

Here, we follow Sidney as she’s pulled back in the game when murders begin on a studio lot where a film crew is shooting the latest film in the Stab franchise — films loosely based on Sidney’s life. Scream 3 goes all-in on self-reflexivity, with actors standing in for the characters we know and Sidney facing off with Ghostface in a replica of her childhood home. In retrospect, the film also features a villainous, exploitative, and abusive producer clearly modelled on the disgraced Harvey Weinstein, who not-so-coincidentally produced the first four Scream films.

The film more than makes up for that tepid self-reflexivity with a cast of engaging new characters. Scream 4 came before the rise of “legasequels” or “requels” and balanced its legacy characters with a new batch of fast-talking teens who you want to follow as much as Sid, Gale, and Dewey. The film bombed when it came out, but it had a killer twist, and characters like Hayden Panettiere’s film-geek/popular-girl Kirby Reed have become fan favorites for good reason. It’s a solid Scream movie.

Showtime offers up great movies and some of the best and most innovative original TV shows, and you can get all of that for a low monthly price.

The first Scream film produced without the late Wes Craven, Scream (2022) has been a huge hit at the box office, nearly beating Scream 4’s entire box office draw just in its first weekend. And that’s during a pandemic. While it doesn’t quite manage to draw the same investment in its new teen victims as Scream 4 did, it does play with the conventions of the franchise in a fresh and clever way that’s perfectly in keeping with the original film.

Read: Everything you need to know about horror streamer Shudder

It’s been more than 10 years since the last Woodsboro murders, but a new killer has donned the Ghostface mask. With the return of legacy characters and some sharp nods to the franchise history, the new film tackles the structure and meaning of “requels,” poking holes in its own existence as it subverts expectations and offers new twists on a familiar format. This is a terrific Scream movie and proof that the franchise is in good hands.

The original Scream is unbelievably close to earning the top spot in our Scream movie rankings. Re-launching the slasher genre in the 90s, Wes Craven’s Scream is both a loving homage and a reimaging of a genre that was losing some of its luster in the public eye. It follows teen Sidney Prescott and her friends trying to evade the mysterious Ghostface killer. The twist is that the characters (killers and victims alike) are hyperaware of the rules of horror films. Craven and screenwriter Kevin Williamson wink to the audience to scrounge up some fresh scares.

Check out: The best movies streaming on Peacock

Scream was smart, cool, and scary, and it laid the groundwork for many new horror classics that had a sense of self-awareness, where the characters themselves knew about horror movies and their conventions just as well as those of us in the audience. It’s a stone-cold classic for a reason, and it’s certainly one of the best Scream movies.

NBCUniversal’s Peacock streaming service offers a lot of great movies and TV shows to stream on demand, along with live news and sports. Best of all, you can watch lots of its content for free, or watch all of it with a paid subscription starting at just $4.99 a month.

The original Scream will always hold a special place in our hearts no doubt. For many, it was an introduction to horror. For others, it was a jolt of energy into their favorite genre. With new killers hunting Sidney and her friends at college, Scream 2 could have been a hollow clone of its predecessor. Instead, it hit every note perfectly. It built on what came before, played the hits, and told an engaging story on its own. It is the best Scream movie among a franchise of gems.

Read: Everything you need to know about Peacock

Scream 2 offers everything we want in a good sequel. It’s familiar, with new twists. It brings back favorite characters while introducing great new ones. It builds on the self-reflexive mythology of the the original film without overdoing it. We get the film-within-a-film conceit of the Stab films and some explicit discussion of sequels and their distinct rules, along with a re-upping of very visible framing devices. One particularly great scene involves Dewey and Gale evading Ghostface in a sound booth, their fates tied to what is revealed via audiovisual production practices. One of the first victims of internet spoiler culture and leaked scripts, Scream 2’s finale was swapped out at the last minute and still stuck the landing. 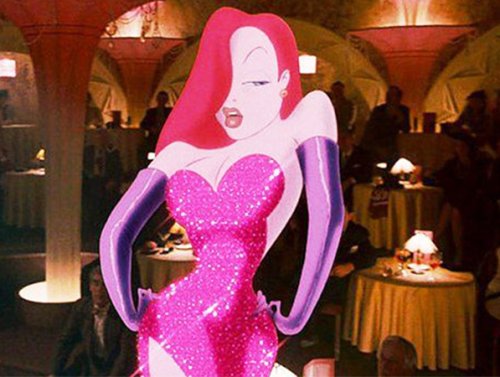 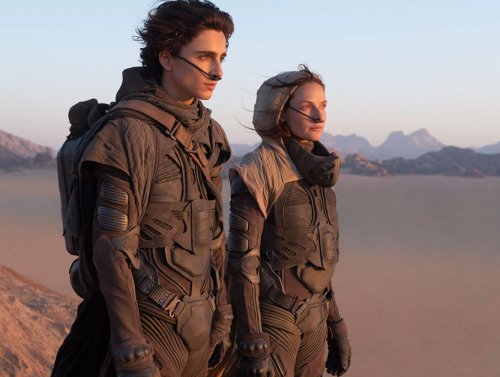 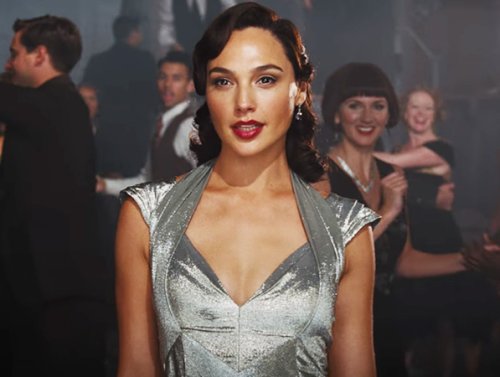 You might think that the first weekend of 2022 might be a slow one for new streaming movies and shows. You would be wrong. Not only are we getting a new Star Wars live-action series, but the fourth season of a major Netflix TV show. Oh, and there’s a reunion of many of the stars of the Harry Potter film franchise.

Here’s a look at five new streaming movies and shows you can binge-watch this weekend.

The Book of Boba Fett Season 1 (Disney Plus)

We are writing this before the first episode of this Star Wars live-action series debuts on Disney Plus. Disney and Lucasfilm have been keeping a tight leash on both information and trailers for this spin-off of The Mandalorian. All we know is that bounty hunter Boba Fett will take over the criminal organization on Tatooine following the death of Jabba The Hutt back in the film Return of the Jedi. We expect to see some “Baby Yoda” level surprises in this seven-episode series.

Read more: The Book of Boba Fett — Everything you need to know

The fourth season of this Karate Kid continuation debuts on Netflix this weekend. It’s going to be an interesting one, as Johnny and Daniel have decided to make an uneasy truce and train their karate students together. Meanwhile, villain John Kreese has taken over the Cobra Kai dojo and is training his own set of young karate students to take on Johnny’s and Daniel’s at the local tournament. Kreese will get some help from none other than Terry Silver, the main villain from The Karate Kid Part 3 (played once again by Thomas Ian Griffith).

Netflix is still the leading premium streaming service, with over 200 million worldwide subscribers. It offers thousands of movies and TV shows to binge watch, including its always growing list of original films and series, including Stranger Things, The Witcher, Bridgerton, and many more.

Much of the cast of the eight Harry Potter films reunite in this special on HBO Max. That includes the three main leads Daniel Radcliffe, Rupert Grint, and Emma Watson as they sit down together to talk about playing Harry, Ron, and Hermione in the hugely successful fantasy movie franchise. Other actors who will make an appearance will include Robbie Coltrane, Ralph Fiennes, Jason Isaacs, Gary Oldman, Helena Bonham Carter, Imelda Staunton, Tom Felton, and others.

HBO Max is your home for Warner Bros-made movies and TV shows like The Lord of the Rings, the DC Comics superheroes, and more. It’s also the home for new and original movies and shows available nowhere else.

Actor Maggie Gyllenhaal directed and wrote the screen adaptation of the Elena Ferrante novel for Netflix. It’s already gaining some Oscar buzz for Gyllenhaal and its lead actor Olivia Colman. She plays a woman on vacation who struggles to deal with her past as a mother and wife. Jessie Buckley, Dakota Johnson, and Ed Harris are also among the cast.

Based on the novel by Harlan Coben, this Netflix thriller series stars British actors Cush Jumbo, James Nesbitt, and Richard Armitage. They each play characters with dark secrets they are keeping to themselves. However, a certain event will happen in the series that will directly affect all three of them. Will their secrets finally be revealed, and what will happen to their lives afterward?

Those new streaming movies and shows should keep you busy during the first weekend of 2022. Happy New Year!