As Motorola gears up to introduce the Moto G Stylus 2022, a Geekbench listing suggests that the company may announce another handset alongside it – the Moto G22. Obviously, an entry level smartphone it’s powered by a dated Helio P35 chipset. 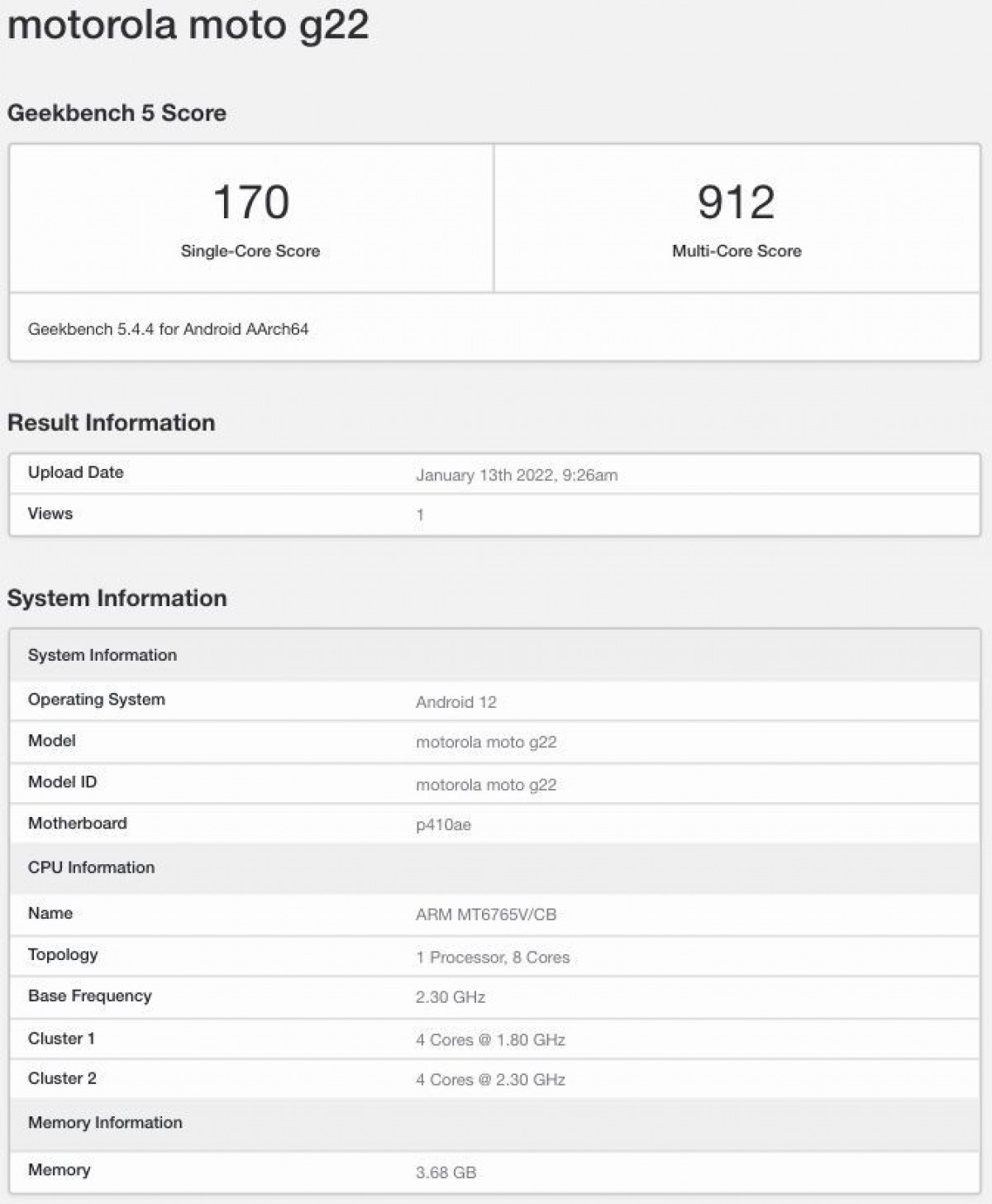 The benchmark also confirms 4GB of RAM and Android 11. The latter is rather disappointing given that Android 12 has been out since September 2021.

Then again, the device is still in the works so there’s still a chance its OS might change prior to the launch.