As of January 11, an estimated 63% of all iOS devices ran iOS 15. The data comes from the App Store support page on Apple’s Developer portal and also details the install statistics for iPads. According to the numbers, 72% of iPhones introduced in the last four years boot iOS 15 which is a considerable step up from the majority of compatible iPhones but that’s still behind iOS 14 and its 81% install rate about a year ago. 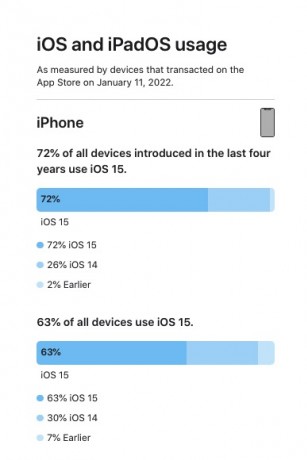 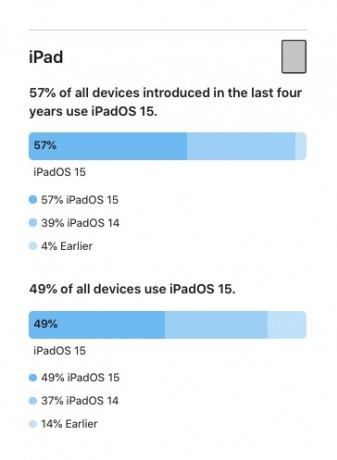 As for the iPad side, 49% of all tablets run iPadOS 15 while 57% of devices four years old and up boot the latest tablet OS. 37% of all iPad boot iPadOS 14 while 14% are still on earlier versions. It’s important to note that Apple no longer requires users to update to the latest OS version to receive the most recent security updates which could very well be playing a role in the adoption rate decline.